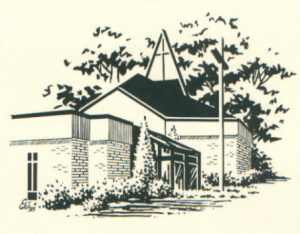 Over sixty years ago the Virginia Synod of the Lutheran Church of America, extended a call to a young seminarian, named Crocket Huddle, to become a mission developer in Norfolk, Virginia. Pastor Huddle began his work door-to-door, inviting members of the community to become a part of the congregation that would eventually be named Saint Timothy Evangelical Lutheran Church. Throughout the summer and fall of 1954, Pastor Huddle met with individuals and small groups until they established their formal charter on February 6, 1955.

Initially the congregation began its worship service at the Davis Corner Fire Station. Upon occasion, morning worship services were interrupted when the fire alarms would ring. Members would have to pack up their folding chairs and get out of the way of the fire engines that were off to an emergency. In 1956, property was purchased on Kempsville Road, at our present site. On this site, there were several houses. One of the houses was designated as the “House Chapel”; other buildings were used for Sunday school and meeting space. Sometime later, the Commonwealth of Virginia 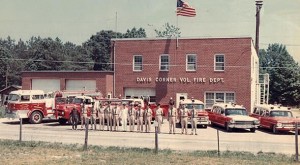 condemned part of our property for the building of the overpass of Interstate 64. The church was faced with a decision. Sell our property and relocate, or buy adjacent property and remain where we were. They chose the latter. More property was purchased, and we remained on Kempsville Road. In 1964, ground was broken to build the first unit of our church building. This included a small rectangular sanctuary and a half dozen class rooms and office space. This first unit was approximately five thousand square feet and it was completed in 1965. In 1977, Saint Timothy began a mortgage amortization program entitled Advance in Ministry “AIM”. As a result, the mortgages were paid off in about two years.

The congregation desired to have a better instrument for worship and in 1982 decided to make a major purchase of a Rogers Organ. They purchased an organ, which could be moved into a new building, when such a building was built. It was a good thing that they had such foresight. Seven years later, in 1989, the congregation voted to expand our building.

On November 18, 1990, Bishop Richard Bansemer dedicated our present building. Square footage of our church increased from five thousand square feet to twelve thousand square feet. The old sanctuary became our fellowship hall and the new sanctuary was built together with an addition to our Sunday school wing. Two years later a matching gift was offered to our congregation to pay off a portion of our mortgage. The congregation matched the gift and we paid off ten years of mortgage principal payments so that there would be no balloon payment awaiting us in the future.

In 2000, an anonymous family offered another gift to the congregation. This sparked wonderful enthusiasm and sacrificial responses by all of our members. The offered matching gift was to pay one half of the congregation’s mortgage if the congregation members would match the gift. They did! And in a few short months, the mortgage, which was over $450,000 in 1990, was completely paid off 10 years later with great celebration.

Saint Timothy has a history of commitment to our Lord and service to his children. As a worshiping community, Saint. Timothy has gone from a black book worship service, to a red book Service Book and Hymnal, to a green LBW, then the blue With One Voice, to the Cranberry colored worship book we are currently using.All of these are expressions of praising God and thanking him for his blessings and hearing from him in worship as to his holy desires for his children and his world. Hundreds upon hundreds of children have gone through our Sunday School and other educational programs.

Saint Timothy, throughout its sixty years, has sought to serve God’s children in their physical needs as well. Saint Timothy is one of the founding churches for the homeless sheltering program, which began in the Tidewater area. This program grew to include most of Virginia Beach. Many years later, Norfolk also began a shelter program. Every year since its inception, we have sheltered the homeless in our building.

We at Saint Timothy know that feeding the hungry is an important ministry.Over forty years ago, we began the “Pastors Pantry” (a small cupboard filled with donated can goods for needy families). This grew into our current food program, which distributed over 36 tons of food in 2014. In recent years we have added the “Back-Pack” Ministry to our food program. Every Friday during the school year, 18 back-packs holding food for the weekend are distributed to selected students through Fairlawn Elementary School.

In the spirit of outreach within our community, we also promote volunteerism at Fairlawn, and have several members who spend time with the students in our neighborhood school reading to them, tutoring, or assisting in the library or serving as chaperones for the various field trips. Our neighbors are also invited to join us in many fellowship events. We have a dedicated group of members who donate hours of their time knitting or crocheting Prayer Shawls for the Alzheimer’s groups who meet at Saint Timothy, and/or baby blankets for little patients at Sentara Leigh Hospital.

Our youth are second to none! We have an active group who represent Saint Timothy at retreats such as Winter Celebration, Lost and Found, and Kairos. One of our youth, Maren Corliss, serves as President of the VA Synod Youth Organization. Several of our youth will be attending the National Youth Gathering in Detroit this coming summer.

Our history is a foundation for the future. It is not something to be remembered and relived but to be acknowledged as a journey that has brought us to this point in time. We give thanks to God for the blessings of these sixty years and we look forward to all that the years ahead will offer in more opportunities for worship and service. We pray that Saint Timothy will continue to be a blessing to those who are in need; a light to those who need to find their way; a voice to speak for justice and compassion in our world; and a place where God’s name can be praised. Written in 2015 for the celebration of St. Timothy’s 60th Anniversary.